Veteran HURTster Alex Papadopolous and I (Nick K) attempted the MDLD on Saturday.  This is billed as a "largely self-supporting" 100k along the Mason Dixon trail that runs along the Susquehanna River.  The idea is to start at dawn on a Saturday close to the longest day of the year and to try to finish before sunset 15 hours later.  It's laid on by Hunt Bartine and Paul Melzer, and you can learn more about it here.

How difficult can this be? we thought, both having done seemingly similar runs like Miwok in around 12 hours.  Well, we quickly got recalibrated.  One runner posted this after the event "So here I am at work, with everyone asking – hey Glenn what happened to your face, how did your arm get all cut up, why are you limping…. so I give them the explanation of downed trees, boulders, getting lost, briars, poison ivy, stinging nettle, getting lost, snake hurdling, blisters on blisters, boulders, getting lost, taking an hour to go the last 2 miles…and their eyes just roll back.  I'm working on a new explanation - car crash (seems more believable).".  Seems like Glenn had more fun than Alex and I, but it captures the flavor of the event.  We had plenty of getting lost – but I think the killer for me was the heat and humidity.  In the end only 2 out of the 30 or so starters made it all the way through within the cut-off (neither of us, sadly), but lots of fun, and looking forward to giving it another shot sometime. 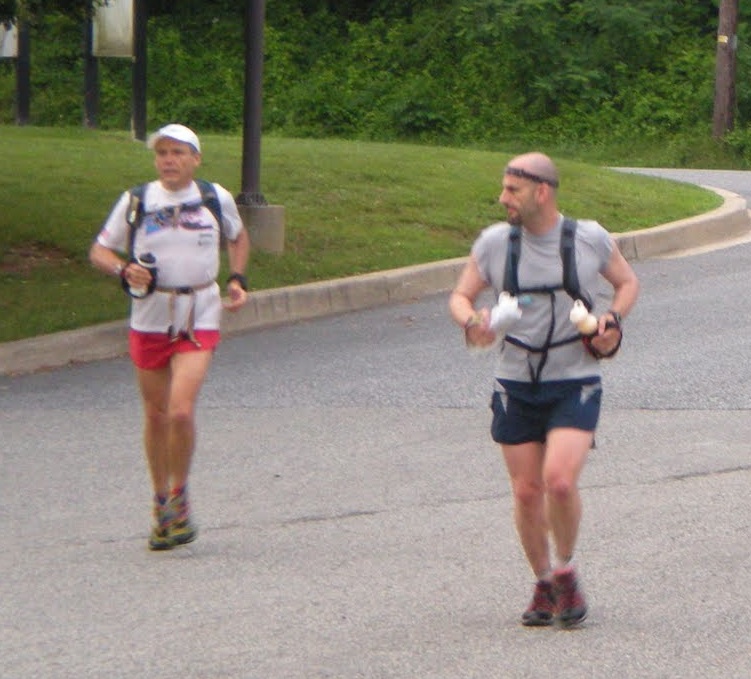