Work took me to Queensland last week for a meeting in the rain forest.  I was able to squeeze in a couple of trail ultras en route.  First was the Maroondah Dam 50k in Victoria near Melbourne on 19th.  More challenging than I expected as the scale of the profile plot was in metres, not feet.  Very nice conditions – overcast with a light shower, and a mix of single track and fire roads through eucalyptus forests.  Quite reminiscent of Miwok. 102 finishers with winning times of 4:13 (m) and 5:09 (f).  Second on 26th was the 4-beaches 50k run in Narawntapu – "the Serengeti of Tasmania" according to race director Ian Cornelius.  30-odd starters on this 50/50 beach, single track out and back.  Not too much in the way of hills, but still pretty tough owing to great heat.  One runner got heat-stroke, but since recovered.  Was hoping to see a Tasmanian Devil, but no luck.  Winning times were 4:16 and 5:15 with winning woman beating the course record (her own) by 10 mins. Nick 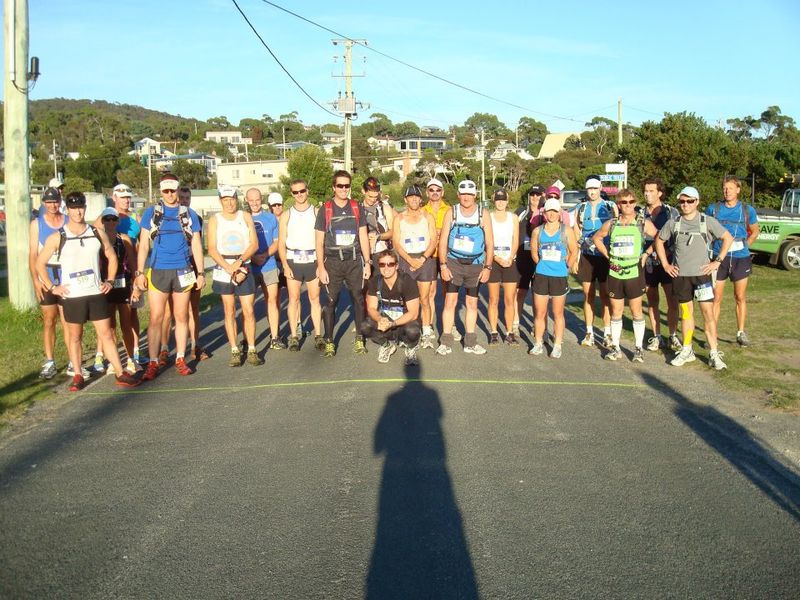