In a final report to the blog about this subject, since Marion’s idea to install a light in the parking lot at the NC, to help deter break-ins (her idea came up right after we had left the Neighborhood meeting 3 weeks ago) ), there was no other feedback from the blog group. We did discuss this idea with Aaron, and although he liked the idea, the main problem would be to protect it from target shots- it would be too visible. Yet it is still not out of the question.

Aaron has recently discussed another proposal to his superiors, that he will share with us if he gets approval. He had begun researching the idea about the time we had all the break-ins. Since then, the break-ins have diminished, thank goodness. Don’t know if that coincides directly with a ring of car thefts that were nabbed by the police recently, or if the problem just fizzled out on it’s own as it did once before. The break-ins always seem to come in rashes every few years.

Anyway, just wanted to let everyone know that Aaron has continued to discuss the beak-in problem with his boss, and it is in the works.. It souls like a reasonable idea to me, and I hope it flies.

At Saturday’s Kaena Point Firecracker 10 Mile Race, we will have great looking Patagonia silk-weight Capilene shirts for sale for the H.U.R.T. Trail Series. These are great training shirts and are very cool just to wear around. If you want one, bring $20 to the race on Saturday.

I had the misfortune of being attacked by a dog this morning on Moleka trail. The dog (young, moderate sized, black with white markings on face) was accompanied by a middle aged woman (who had it on a leash but made no attempt to restrain it) and another more mature dog (brown/black) that joined the… 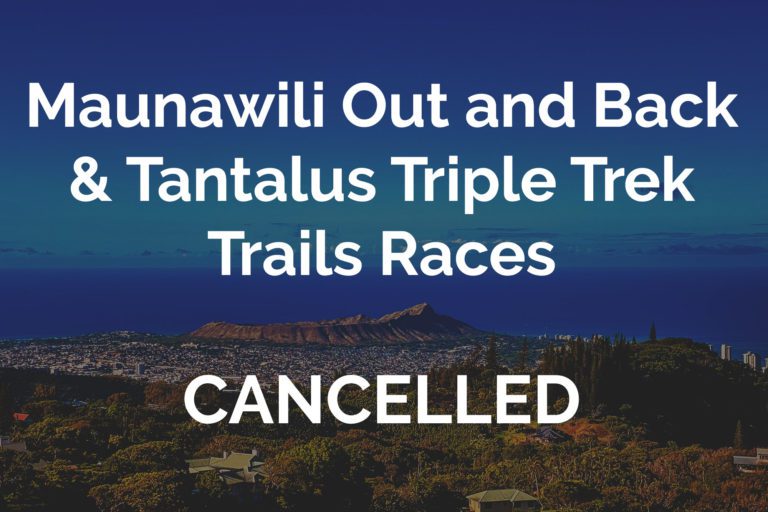 Maunawili Out and Back & Tantalus Triple Trek trail races are cancelled. The Board of Directors of HURT, Inc has made the difficult decision to cancel the rest of the trail series.  The ongoing COVID-19 pandemic has made this decision necessary. We are looking at options for holding additional Trail Series races in January and…

Hi Hurt gang! Hey, it's 2 days for the app deadline for Vi's Adventure Trek and Run, and there are only a couple HURT runners signed up so far. I know you all forgot. We can be a little soft on the deadline for HURT runners, if the apps are posted by the weekend- that…

There is a lot going on over the upcoming long weekend. Triple Trek, Dick Evans Bike Race, and the Waikiki Rough Water. I know there are a few crazy people doing all three. I will do those three activities: run, bike, swim, just not biking 112 miles or swimming 2.4 miles. Christian Friis asked me…

Friday morning, a few of us decided to run an early Trek loop starting at the Nature Center. We arrived to find the gate locked (after 6:00 a.m.) so decided to park down by the water pumping station park. After completing our Trek loop (about 8:00 a.m.) and walking past the parking lot at the…