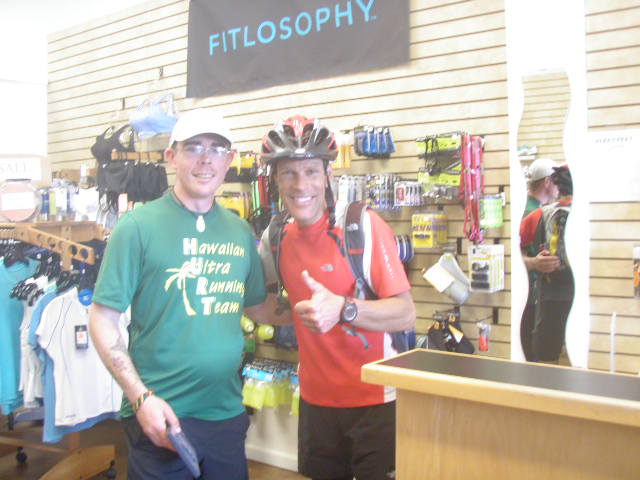 After a stressful 6 month sabbatical and binging a little I am now sober and back to running.  I have been in California since Dec. 26 wainting for my divorce to go through and started my running two weeks ago with a 7 mile trail run (1:45).  Then it struck me hard…..the fever broke and now it is time for some serious training and getting back into shape. I signed up for a trail half-marathon last Sunday (2:49) that had 2100' of gain. Then I heard that Dean Karnazes would be in Monterey at the local Fleet Feet store so what better way to get there than run.  It was 20 miles later a couple stops and some Jamba Juice that I arrived 6 hours later.  I have since signed up for the Chunoku Half Marathon on March 26 in Granite Bay then off to Santa Cruz for a half-marathon there the next day.  I also am doing the Muir Woods Marathon on April 10 and then the whole reason for training is to do the Ohlone Wilderness 50k from Fremont to Livermore on May 23.  And my ultimate goal is the North face Endurance Challenge 50 miler in December.  I really miss my little girls though but the runniing helps ease my mind and clear my thinking.  I am back to the trails once again and would personally like to thank those whom have talked me through my hard times and never gave up on me.  Especially Mike Meunch.  Aloha.