I expected a post on this subject by Monday morning at the latest (that's Monday, Sep 21) but it now seems as if a landmark event is about to go unnoticed by the HURT community – which is why I feel the need to step in.

While some of us were having a field day (and a nice jog) up at Kualoa Ranch last Sunday, the serious runners under age 15 were racing their hearts out at the Niketown 5K, whereas the serious runners above that age were over on Maui for the Maui Marathon.

Matt apparently felt feeble that day and chickened out, as so often before (remember his many-year absence at Maunawili?). He had last-minute scruples though and made a doomed attempt to prop up his tarnished reputation by at least running the half.

I guess that kind of worked. He won in (you may want to sit down or hold on to something now…) 1:11:05. The runner up was over 6 minutes behind.

I couldn't find a finisher photo or any other evidence that this is actually the same Matt who went home early from the TTT two weeks prior. I suppose he was done before the photographers on Maui had powered up their digicams.

Matt will be running Chicago next – full distance, no excuses this time. If the trend continues, it's going to be the US Olympic Trials after that.

It's kind of sad, really.

(Harald and Mike- mahalos for the words of encouragement!  I will do my best to represent HURT in Chicago in two weeks.  Below are two pictures of the Maui 1/2.  The first was taken 20 meters before the finish line, the second was taken 15 meters before the finish.  I also managed to puke with 2 miles to go in Triple Trek, so I'm on a hot streak right now when it comes to losing my lunch late in the race!) 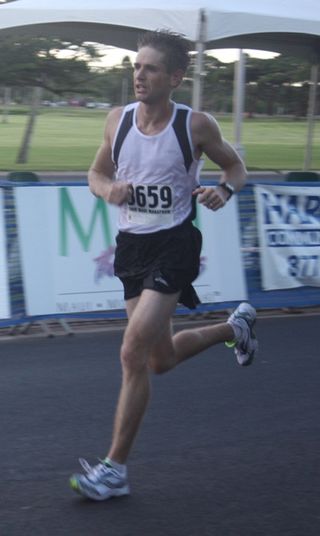 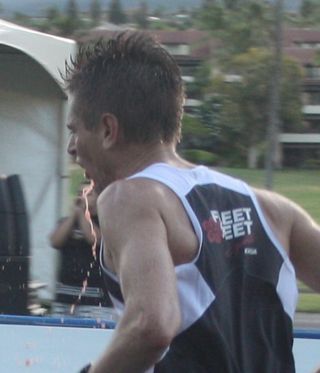