HURT Runner Involved In Hit And Run, Continues On, Only To Be Killed In Pig Attack. 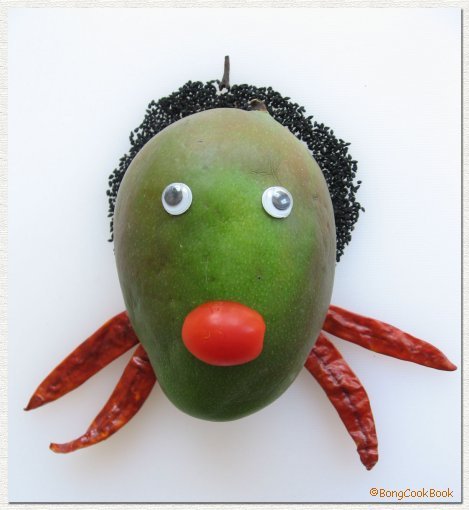 It is with deep sadness that I must report the death of HURT Runner Marvalous Marv Mango in a pig attack on the trails above Makiki Nature Center. Just hours earlier Marv had been involved in a Hit and Run accident on Upper Tantalus Road as he made his way toward ‘Concretes’ while marking trails for Saturday’s Trail Series Run.

Despite his obvious injuries, Marv insisted on continuing on, and attempting to finish the trail marking of the race that has become synonymous with his name. Unfortunately his injuries produced a stream of enticing fluids and before he could regain the safety of the car, and obtain full treatment for his injuries, he was attacked by a pig and eaten pretty much down to his one nut.   Pete and I were with Marv when he passed and despite everything that had occurred to him over the last hours of his life he was not as bitter as might be expected of mango receiving such ill treatment.

The Fire Department Rescue was called at approximately 6;30 PM and Marv was airlifted to Queens, where his oozing could not be reversed and he was pronounced Kernelled at 7:00PM.  An autopsy was performed immediately and it was found that the pig attack, though the final cause of his demise was not his major problem.  The coroner’s report states that he died as a result of terminal maggot fruit fly  infestation brought by the injuries sustained in the hit and run earlier in the day.

Pete and I were so upset by the loss of Marv, we immediately terminated our trail marking, and returned to my house where we sucked down large quantities of mango margaritas in memory of Marv and his dedication to the Trail Series Race.   As a result a few important junctions remain unmarked.   Remember: a Right at the bottom of Moleka and take cross-over and don’t run down Hogs Back)

Pete and I are dedicating this race to Marv and the joy he brought us all, and we will be accepting donations to the Mango Marv Good Feelings Fund at the race..  It is said that a donation to Mango Marv’s Fund can do wonders for your running time in this race.   Memorial Services for Marv will be will be held ‘at sea’ and  just off the rocks of Pinky’s in Kailua this Sunday at 3:00 PM.

Remember don’t end up like Marv, and always carry a bottle, and watch out for the crazy drivers.

It looks like we'll be having internet connections at the aid stations during this years' HURT 100. Because of this, we should be able to get onto Google Docs and have instant runner updates available on the web foro anyone wanting to take a look. Also, I'm planning on setting up a webcam over at…

It appears that the Laysan Albatross colony up at Peacock Flats has gone missing.  http://www.honoluluadvertiser.com/article/20090330/NEWS14/903300334 I'm reposting the link from the Honolulu Advertiser since we do training runs up at Peacock and it's possible that someone saw some sort of activity in that area. Our regular training runs do not actually go through the nesting…

Aloha Athletes ! With Run to the Sun a week from this Saturday, your training is basically pau. If you feel the urge to get out there this Saturday, there will be a group meeting at 6:00 am at Dillingham Airfield for some training on the beautiful Peacock trails and jeep roads. You also have…

Well I am back to running, on the road at least.  My knee feels good and isn't swollen.  I have run 20 miles so far this week.  I get to transition to "trail" (soft dirt path) soon.  Look out Peacock and Pupukea:)  I want to thank everyone for their support, especially my family.  The physical therapist has…

Aloha Athletes, This week's training takes us back to the Makiki-Tantalus trail system. We are starting to prep for the Triple Trek coming up in a few weeks so time to get some miles in on the course. Meet at the Nature Center at 6:00 a.m. Plan at least one trek loop but feel free…

I have entered a special challenge and hope others will join in on the fun.  It only requires a $20 entry fee and the ability to run one mile one day, then two miles the next and so on and so forth until you quit.  50% of the proceeds go to NAMI, an organization that…