Just as planned: a few newbies and a few oldies makes for a great time. We met at 6pm below Nature Center with some new faces to give it a whirl. One new face was Meagan, in town for a while and new to ultra running although, you would never know it. Maricio trash talked a co-worker into coming. Another new face was some stud runner named Kyle – watch out for him! And we got lucky with a awesome showing by REX!!

So the six of us started out on a deceptive, humid night to complete a 20 mile loop. The weather seemed fine, and the journey was smooth. An easy trek over to Paradise Park allowed for a regathering between the faster runners and slower. And here came REX after about 1.5 year layoff from running. All six of us started back up the climb for our way over to Nuuanu in the still night. I asked the faster three to keep going since Maricio could crawl the loop backwards in his sleep without getting lost. I stayed with Meagan and Mr. REX was shortly behind.

Then I ask Meagan how she felt, and her response was “Not so good.” Hmmm, should I leave her there to the trail rodents or do the HURT thing? After sweeping off the trail rodents, I asked her to slow down at each of the 14 switchbacks. Around number 4, BARF (repeat with dignity). I said “Great, you should feel better now!” She apologized and kept moving. We took our time and slowly sipped diluted Gatorade – no food for now. As we made our way to the top, REX popped up. “How are you guys?” I said Meagan barfed and true to the HURT experience REX replied, “Great!” Now, when you out on the trails, far away from home and two strangers congratulate you for barfing, you know that you are in good hands!

The three of us slowly made it up to the top and rested at Leon’s Pie Stand where the other three were also resting. We discussed our plan and how to account for any needed shortcuts so not to lose someone. The faster three headed over to Nuuanu. I gave Meagan the perfect out with a shortcut back, and REX simply asked her “How bad do you want this loop?”

And over to Nuuanu we went. The trek had so many talking, stories, coaching and laughter. The stash was plenty and our trip back to the car was pretty strong. Our plan for checking on all runners ended with a check on each other’s cars to confirm that all were out. And for those who did their first loop, great job! Now just imagine 4 more. I mentioned Meagan’s rough trek with the intention of letting you know how strong you can be. This is a strong woman (mother of 4) and I hope she comes out for HURT in January. Awesome job to all.
Paul

Aloha Athletes ! With most of our "regulars" doing a Friday night run, our remaining tiny group will do something different this Saturday. Let’s meet at the entrance to Hoomaluhia Botanical Garden, in Kaneohe, at 6:30 am (no typo…that is 6:30 am). We will do the fun route which takes us thru the Garden, out… 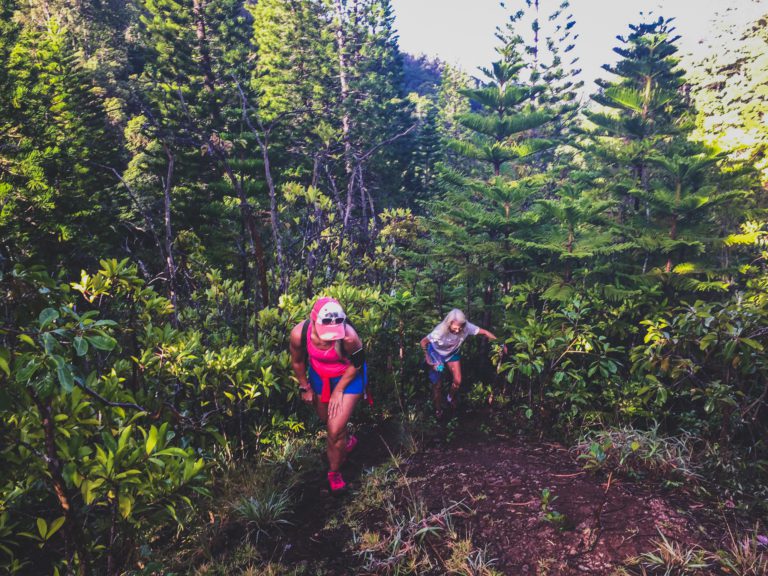 Come join us for another preview run with RD Michael on Saturday, March 9, 2019. Meet at the middle parking lot ready to run by 7 am. Please bring your favorite hydration. Carpooling is encouraged since parking spaces are limited. Click here for the Google Map to Aiea Loop Trail. Thank you for joining us this…

Aloha Athletes !    It’s time to head back out to "Gordon’s Secret Training ground", Peacock Flats. However, after hearing rumors from last Saturday, where Mike Muench kicked everyone’s okole, and had Gordon saying "whatever Mike is taking…I’ve got to get me some of that !"…maybe we should be finding out what is Mike’s Secret…

Aloha Athletes ! This Saturday we will begin ramping up for the HURT 100. Mike Muench has already posted the sobering message "100 Days to 100 Miles" which will soon be 90…then 80…then 70…so set your alarm on Friday night and then meet Cheryl and the gang at the end of Manoa Rd. in time…